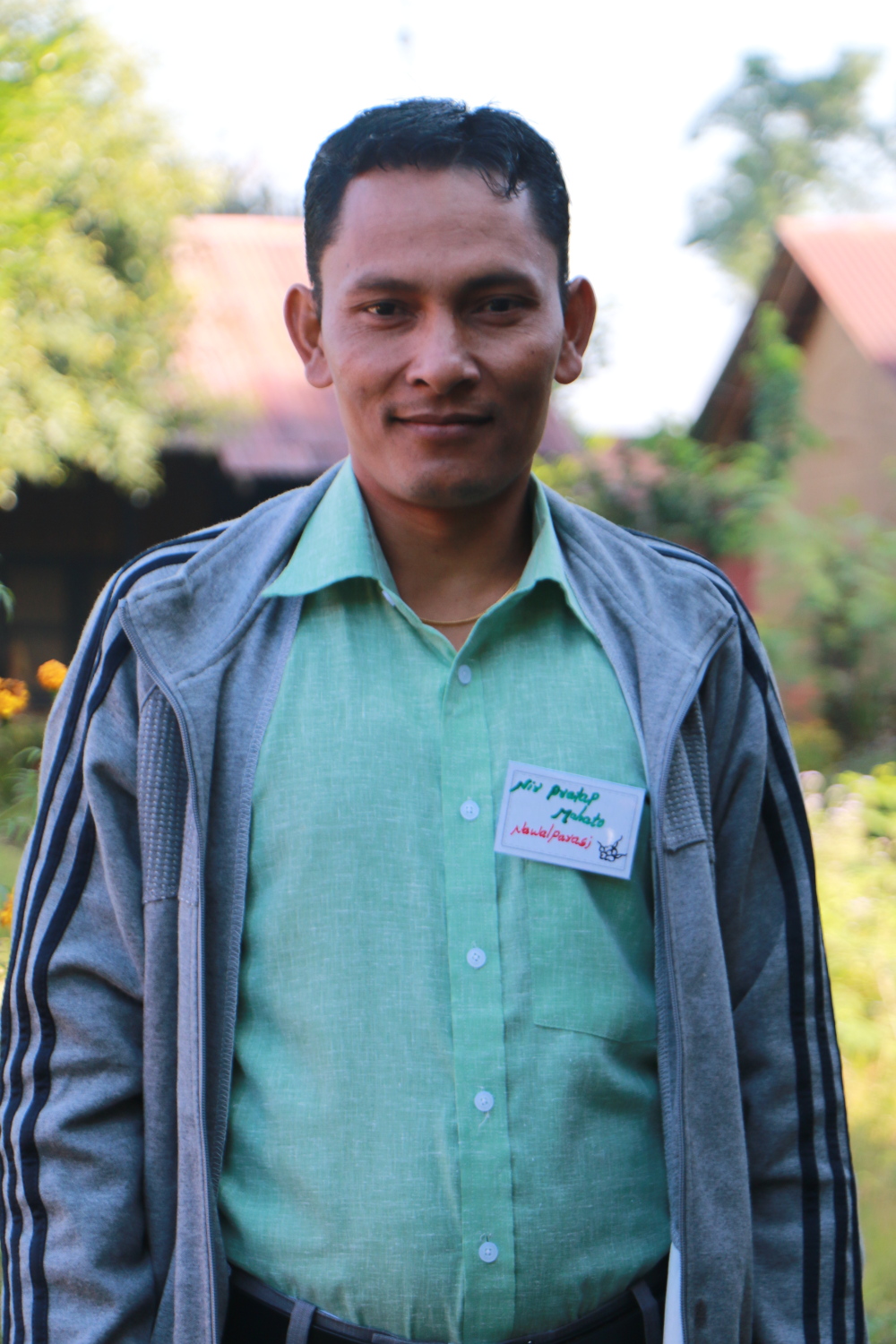 I am Nir Pratap Mahato from Nawalparasi. As a facilitator for the project ‘Change Starts at Home’, we listen to the radio program “Samajhdari” every week and facilitate a group discussion focused on the issues raised by the program.

After participating in the project, I have seen some changes in my group members. Some of my members have reduced their drinking and gambling habits, others have told me that they have registered their property in their wife’s name. There is also better communication between the couples at home and the husbands have started including their wives in the household decisions they make. One of my members told me that he didn’t treat his wife properly in the past and they had many arguments, but after coming to the weekly sessions the relationship between them improved and now it is much better.

I myself have also gained a lot from the project. The skills (learnt in the training) that I have found most useful have been empathy and effective communication, which have helped me to have a better relationship with my wife and family members. After becoming a facilitator I am also a lot more confident compared to before and no longer have difficulties while speaking in public.

After I got married, I stopped doing housework and used to leave my wife to do everything, but now I have started doing the housework as well, which has made my wife very happy! In the past I also didn’t involve my wife in financial matters nor while making decisions, but these days I have started talking to her about everything and asking for her opinion before making any decisions.

View all posts by changestartsathome